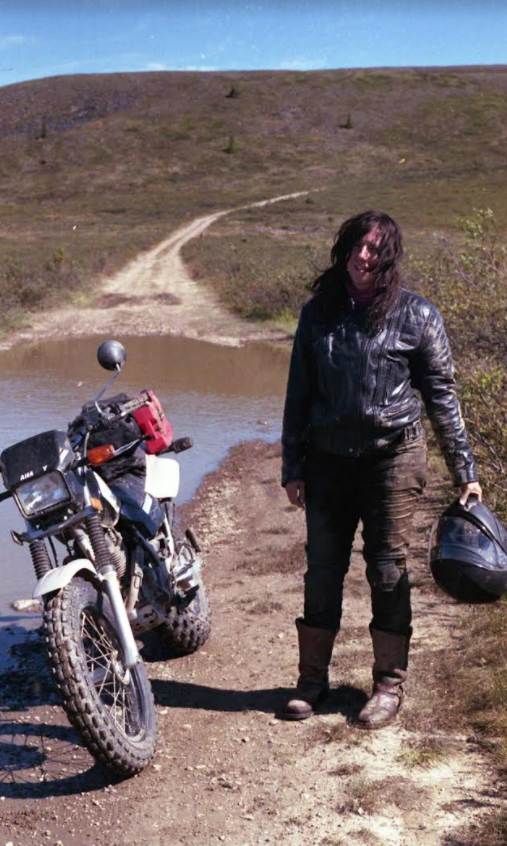 I live in the Yukon in a remote community. I spend most of my time struggling with mental health issues which i’ve recently started to blame on the capitalist system & overall fucked up world, and this has been going well for me. My artistic practice is a blundering convergence of video, text, & still imagery. The bulk of my creations for the past years have been video, with a recent return to painting, in part as an attempt to be calmer (this has been going so-so) & in part that i love it. Soon i expect these two worlds will rather violently collide & i’m here for it. Oh, & almost everything i make is pink.

I make hyper-saturated (read pink), frenetically edited, & often repetitively looped images. i’m in general not interested in filmic visual conventions and narrative structures since they are so boring. Repetition is used as a premise for exploring the human experience & the relationship to the external world (read obsessive tendencies). Most of the work is incredibly anxious (odd) & i spend lots of time watching bad sci-fi and wondering about potential futures (hence anxiety). Images of nature are often subjected to mechanized editing techniques to reflect on the intersection between the natural world and technology, & to likely desperately try to situate ourselves.

But what I actually mean to say is: the world is fucked. the bees are all dying. & we are all going to burn. Or maybe drown. Or both. I bid you godspeed.

some videos available for distribution through VTape