Nicole Rayburn, re|signed, Series of 50 Photographs, 2012
re|signed is a series of 50 photographs depicting religious public road signage presented in conjunction with the following text panel. This series highlights the mechanisms of advertising present in contemporary religious signage and adopts this same technique for use in personal artistic promotional material. This series is presented both as photographic prints and as business cards. The cards are a series of 50 and have the photographic images on one side, and the re|signed text panel on the reverse.

These signs effectively employ mechanisms of humour, fear, and literary pun, as well as reflections on current events and modern technologies, to target, appeal to, and recruit a new generation of worshippers. I have chosen to appropriate these techniques used by the church for my own advertisement method, which is, rather ironically, the personal artist business card.

I utilize this technique although it is somewhat disingenuous, both in terms of my belief in an artistic practice as a business endeavour, and in reference to my personal rejection of organized religion and its systematic attempts to recruit and convert new followers. The appropriation of such advertisement slogans for use as promotional material in an artistic project, which has little economic benefit, and which is critical of organized religion for both its attempts towards social homogenization and its historical and continued persecution of adherents of other faiths, non-believers, and innumerable ‘others’, is somewhat tongue-in-cheek. Although the method and desire for the spread of ideas in re|signed superficially mimic those of religion, the goal for awareness of socio-political forces and freedom of expression, premised in difference rather than sameness, is of radically different origin. This is a resignation of silence in the face absurdity.

This project, although critical, is not necessarily intended to target a particular religious group – it is meant to function as a catalyst to open discussion on a topic of social relevance where it seems that there is little room. 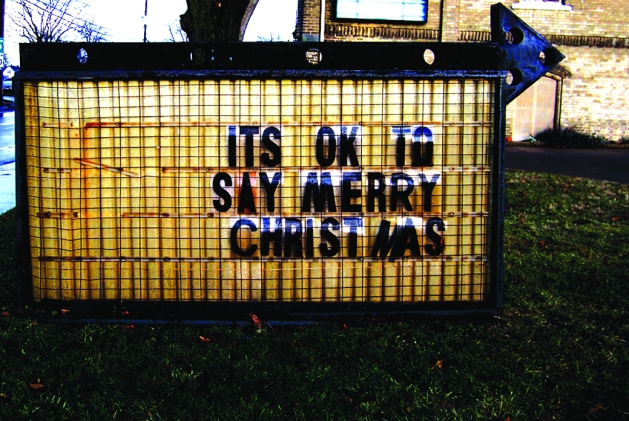 Although the images have been aesthetically adjusted and identifying names and addresses have been removed, the contents of the texts are original and remain unaltered. All images were located and photographically documented in public spaces in London, Ontario, Canada.