The photo series Which Witch? A Memorial, consists of 1001 found images of witches. These images are homage to 1001 executed individuals – a fraction of the estimated 100,000 witches tortured and put to death during the European witch craze from 1550-1750. 90% of the images are female witches and 10% are male, reflecting a historically accurate estimate of the ratio of female-male witch executions. The images depict fictional witch-characters of contemporary culture yet simultaneously reflect real individuals tortured and murdered on the premise of a constructed attribution – that of being a witch. 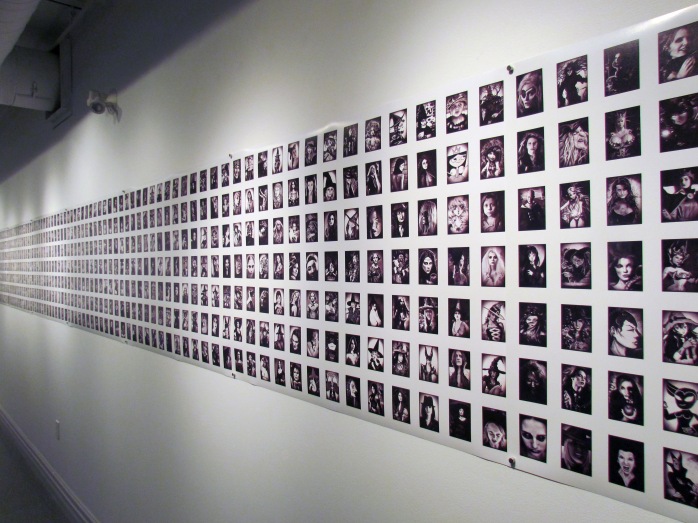 Which Witch? is an exhibition of photo and video work (including How to Identify a Witch & How to Deal with a Witch) which traces the figure of the witch through historical constructions, actual persecutions, and the transformations of this character into contemporary representation.